ten things that really annoy me about cycling 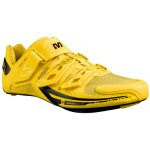 9.Unwanted coaches: There are times when you really want advice, when your stuck on that last climb, or when you just cant seem to get any energy, or you have pain, or you need a new pair of shoes. But its the ones who are constantly in your bloody face, forcing their suggestions down your throat. Or the ones who never believe you when you say you are unable to do something. They have these stupid, annoying, everything is roses and rainbows, type of positive attitdue that you just want to throw up all over them. When I want advice I will ask. When I dont I wont. And unless you ride with me and know my style and my abilities you have no fucking right to shove your suggestions down my throat (oh that felt good!) (rant over?) 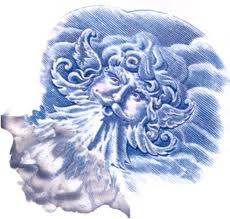 8.Wind: I hate riding in the wind. There is that cycling myth, Im sure made up by people who have been cycling for 100 years and are positive it exists- the tail wind. Im sorry to disappoint but the tail wind is about as believable as big foot. Some swear they have experienced it but rarely is it proven. For some reason you are riding into a head wind the whole way. Even if you are doing a loop it still seems to be in your face. Its as if you change direction, so the wind does as well. maybe the wind hates cyclists, or maybe it just hates me.
What ever the story is, its bloody irratating. And if I hear "riding in the wind only makes you stronger" one more time...

7. Cars parked in cycle lanes: There are barely any cycle lanes around, so riding home and coming across this. Clearly not loading anything (apart from their fat ass in the chinese) and just being all around lazy! And then they have radio programs based on cyclists and why we dont ride in cycle
lanes!Well besides the giant metal lumps that sit in them, glass, bottles, rubbish, oh and the ever present drains, manhole covers, and dog shit. I think that is enough reasons really. So why have them? Surely a Council can waste money doing something else that is just as useless. The only things cycle lanes seem to do is give drivers an excuse to push you towards the curb. 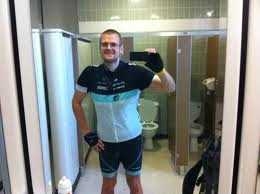 6. Non Pro cyclists in full team kit: Yes I know, some really nice people wear pro team jerseys
etc, I dont mind a jersey but its more when they wear full
bloody kit and are surely not a pro. Its the people who are a XXXL complaining they cant find
team jerseys in their size??? Hmmm I wonder why? Pro kit looks fantastic in a peleton, on someone like Mark Cavendish or Tom Boonen. But even worse is those who wear the World Champion stuff. Its nice but its for the world champions not for Joe Blow riding his Dawes in the local sportive. I understand that some want to support their favourite team, one item of team kit is acceptable, but if your going to wear the kit, make sure you can live up to it. 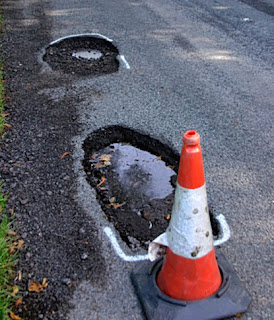 5. Potholes!!: Maybe its time the council stopped spending money on green paint and instead fill
these bloody brain rattling, teeth shattering, piss your pants holes in the fucking road! I am being totally
serious here, these things are bloody dangerous and more irratating then an itchy hemmeroid. There is no excuse for these monsters on the
roads. I am not joking when I say that some of these potholes are big enough to lose your virginity in! At least in this photo shown, someone was kind enough to stick a traffic cone in front of it, but most dont and when you hit them you really can feel your brain rattle in your skull! 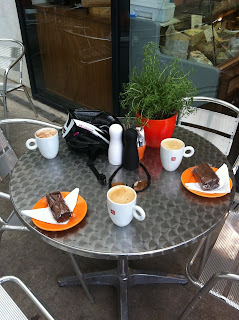 4. Cafe legs: Good rides out should have cafe stops. There is nothing better then knowing half way through a ride that there will be cake! You get to the cafe, choose your cake, and coffee (tea) (coke) and settle down for 30 min or so and gossip. You deserve the little rest, you have pedalled hard to
get here. But then ..... you get back on the bike, and off you go, settle into the rest of your ride, and your legs just dont work???? Bloody cafe legs!! I dont know what happens, you think that your legs would be greatful for the rest. I think in spirit the legs stay at the cafe, enjoying a nice feet up position,when in body you struggle to get up the tiniest of
anthills. So you would think that you would learn that cafe legs are no fun, and not have a cafe stop, right? Ha Ha as if,what excuse would you have then for a shit performance? 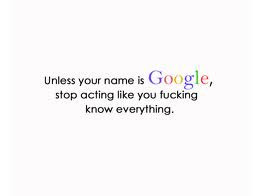 3. The know everything about cycling person:
This generally comes in male form and they THINK they know everything there is to know about cycling. Even David Harmon and Sean Kelly dont pretend they know everything and they bloody know quite allot! Even worse,
even when their wrong they dont give in, and god forbid you call them on it!! Jesus you might as well dig your own grave. If you decide to point out their wrong they will do everything in their power to point out your every flaw. They are the biggest tossers of the cycling community and if they work in the industry can be the sole reason why some people get put off by cycling. They are generally bullies that make fun of other people efforts and would steal their best friends ideas and present it as their own if they thought it would make them look good. These types of people deserve to hit potholes. 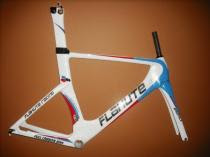 2. The one who has to be different: They search far and wide for cycling equiptment, bikes etc that no one has heard of then waffle off some shit, boring, unrealistic stats about their kit. they couldnt ride Specialized or Treks (good enough for half of the peleton) because in their minds it is conforming to the masses. Most of the time they cant pronounce the name of their bike manufacturer, or most likely dont know its probably made in the same factory as their enemy's (known brand bikes) The best thing about these cyclists is they generally arent very fit because instead of spending their time riding they are to busy searching for unknown brands, that means you can easily drop them on a climb and leave them to ride by themselves.

1. Ladies Pink kit: When you are a little girl you are forced into a world of pink, flowery, swirly crap. Your first bike was most likely some sort of pink, princess bike and you probably had pigtails
with ribbons tied around them. But now I am in my 30s andIi really dont like being forced pepto bismal colours down my throat. I know I have
mentioned this a few times in the past, but I just wish people would listen. I want quality kit, just like men get. I dont want skirts and short shorts, vest tops, jerseys with one measily fucking pocket. I want waterproof shorts, tops that fit my largest chest, shorts that fit over my ass, in normal colours. Please.

jen2636
Born in Canada, living in the UK since 99. Lover of cycling, gin and Belgian Beer. Live with my partner and the stunning cat Vesper Lynd